So busy lately! Finally here to announce the winners of our last Honest Kitchen giveaway!

Our runners up, receiving sample packets of Perfect Form, are as follows:

Our main prize winner is Mio in California, who will be receiving a two pound trial box of Love, THK’s beef formula!

Mio was lucky number one, the first commenter to jump right on the giveaway. First is just as eligible as last, according to the whims of Random.org. I’m especially pleased to announce Mio as the winner because I know she’s a Taiwan dog, and despite what cranky critics of international street dog rescues might say, is quite fortunate to have the life that she does here in California. 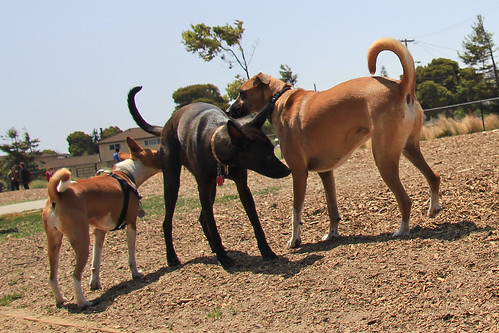 We’ve never met Mio, though she’s apparently a local-ish tugou. We did, however, get a chance to meet several other Taiwan dogs at a meetup last month. Like I said, I’m waaay behind on my blogging… so I’m finally getting around to posting the pictures now. 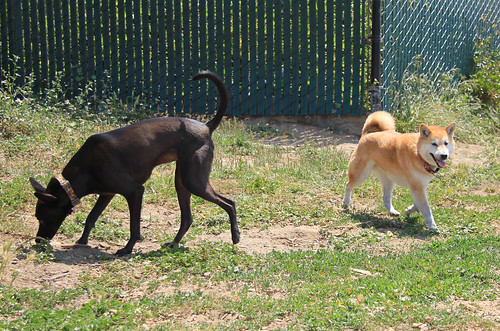 The park had a very strange layout — relatively narrow in width, a long stretch of unshaded, woodchipped land with most people concentrated right at the gate, near the drinking fountains. 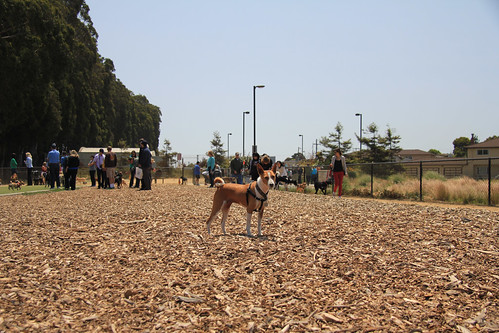 Knowing that this kind of setup gets claustrophobic for Bowdu in particular, I didn’t mingle as much as I would have liked. I was keeping an eye on my dogs to make sure they weren’t getting bored and acting out. 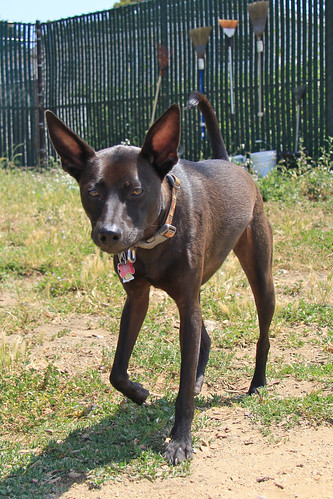 Not that many of the dogs were as thrilled to meet me as I was to meet them. That’s a cool and guarded Formosan dog attitude for ya. They just buzz by with minimal interaction, doing their own thing. 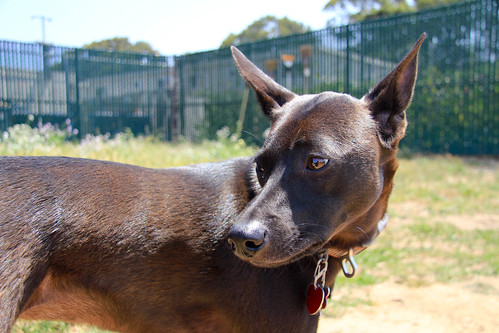 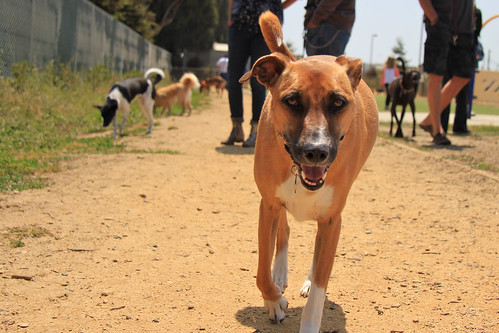 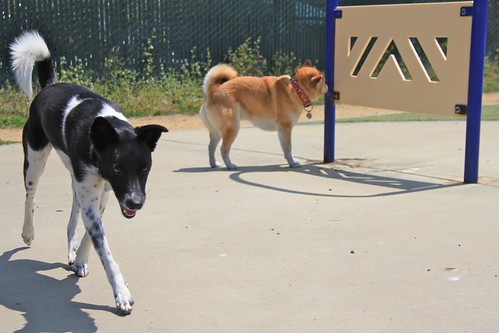 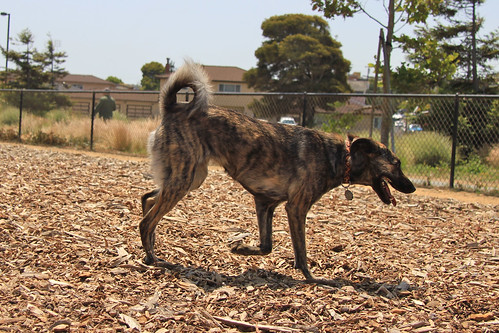 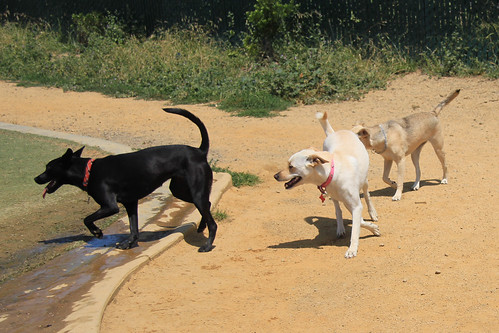 I was fascinated by their body language of hesitance, caution, curiosity, anticipation — some consistent expressions seen amongst the group. 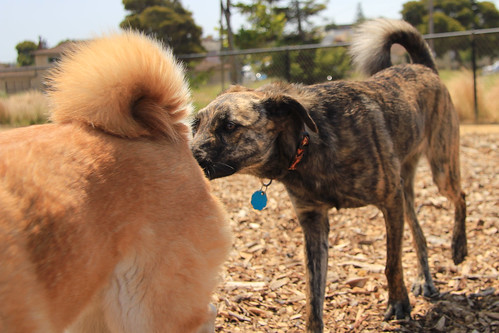 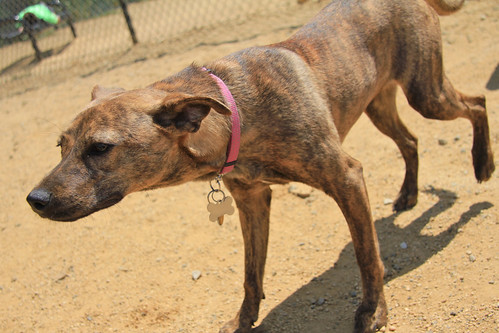 Those are two different brindles similarly craning to get a careful sniff of Bowdu. Maybe it’s something about Bowdu that brings that out in other dogs, no matter the end of approach. 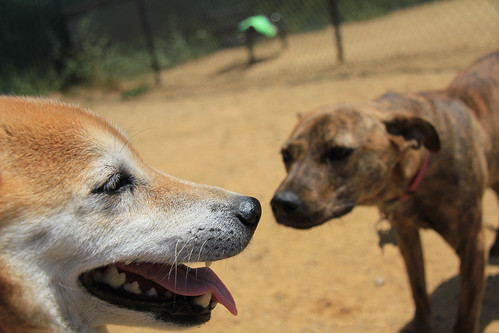 And then there was mighty Bella, petite tuffstuff. 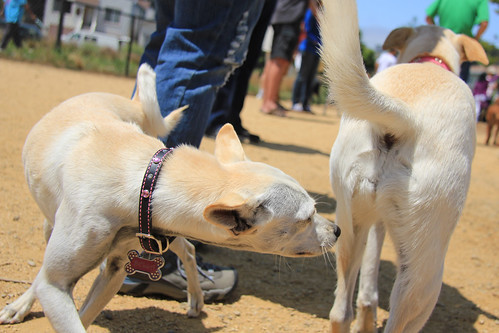 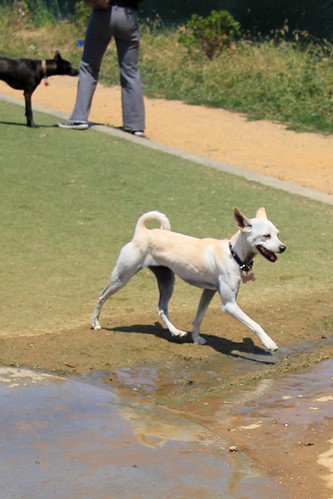 Bella’s person is a reader of this blog, and tipped us off about this meetup which was hosted in honor of Mary, a prolific Taiwan dog rescuer whom I had a chance to meet when I was last there. Like her dogs, she sometimes travels across the Pacific, and was in town for ongoing dog training education. Mary’s commitments are exemplary, and part of why I continue to feel that international dog rescue for Taiwan dogs in particular is justified, critics be damned. Not only does she send her dogs abroad, she shares her knowledge and experience which flows in both directions.

Such international, transnational communities of dogs and their associated dogpeople were on my mind during the presentations at SPARCS 2014 this year. I doubt I’ll get around to a proper recap of the conference though it will continue to filter into future writing. But that’s the point of education — knowledge accumulates, changes, flows. Most importantly though, knowledge belongs to those who continue to feed themselves on steady diets of the new and fresh, whether it be food or information.

5 thoughts on “THK giveaway winner is a Taiwan dog”