A few weeks ago, the Bows were recognized out and about town, by a reader who had stumbled across this blog.

Also, something seems to have changed in Facebook page algorithms. Despite the fact that I haven’t posted here since September 2014, there’s been a spike in activity on the FB page, suddenly pushing us past the 400 “likes” threshold within the last couple weeks.

I feel compelled to thank and acknowledge our visitors old and new, and to account for our absence from blogging. 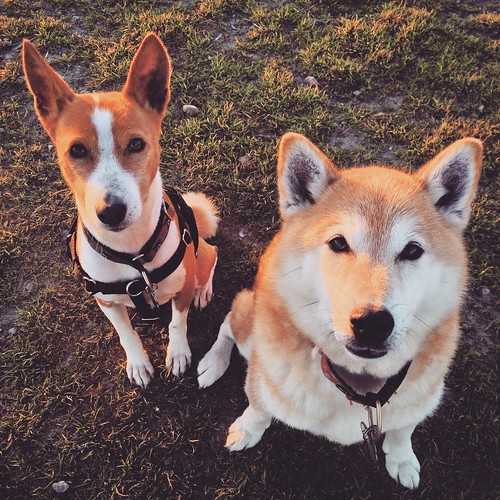 Hi everyone. How have you been?

There have been a number of significant changes on our end. The HoTB is now the House of Two Bows, Two Birds, and Two Belles. For the past year, we’ve been adjusting to new domestic dynamics which include an aviary of King Pigeons in the backyard belonging to my new housemate whose vegan diet inspires curiosity, hungry eyes, and previously unseen mooching habits from the well-fed canine duo. 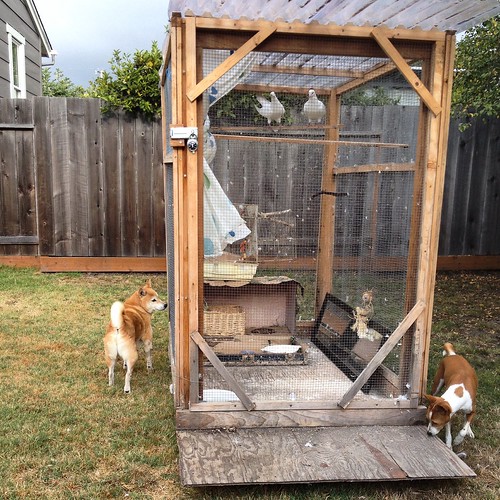 Indeed, the Bows remain as present and underfoot as ever, my canine constants in the midst of a year of upheavals. I’ve had to channel my energy elsewhere in the last few months, though I think back often to this space and the enduring lessons of blogging.

I’ve long considered this less a dog blog and more a personal blog — one that happened to have my dogs at its center from the very start. And they are still central, even as my center of gravity has expanded to contain so much more lately.

Bowdu hit a landmark age in January 2015. He is now ten years old, with arthritic hips and a bum knee to officially mark his passage into seniorhood. The diagnosis was made back in September 2014 with an expensive round of X-Rays under sedation. With glucosamine supplements, a carefully moderated diet, and a regimen of gentle walks, he remains active, hale, sanguine. 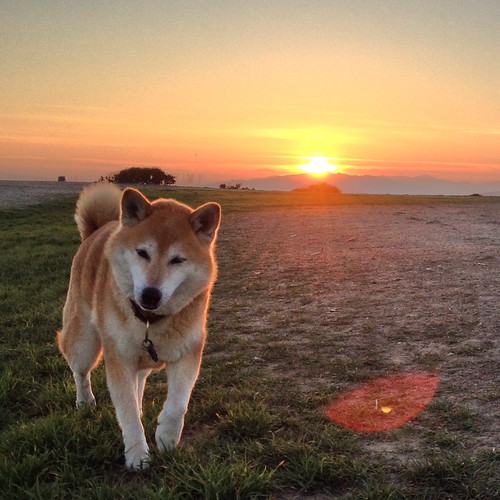 … If I may take the liberty of speaking on his behalf. After all, hour for hour, I have spent more time with him in this last decade than any other single sentient creature. For the sake of survival, you learn to speak each other’s language, even across species. My mind boggles sometimes when reflecting on how we’ve changed and aged together, how different he was as a puppy, and how precious he remains now.

Bowpi is presumed to be ten years old this year, too. Half of those years were spent in the HoTB. Though we share less depth of experience, she, too, is a model for how to age with grace. 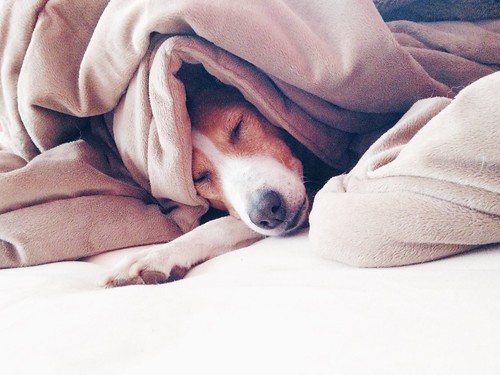 There’s a lot of life to these dogs yet, and so I must prioritize my time off screen for now. However, I intend to reappear every day in February for the Roll of 28, during which I take and post one picture a day, taken on that day, for the entire month of February. It’s a pretty significant ritual of reflection for me, something I’ve done since 2007. Though my physical address remains the same, sometimes it feels like the HoTB has been hurtling through a whole other cosmic dimension. Photo documentation is one of many ways in which I force myself to marvel at the distances traveled; sometimes you don’t really know how far you’ve come until you’ve really had a chance to look back.