Everywhere I go, I feel like I have an “I (Heart) Dogs” sign floating above my head. 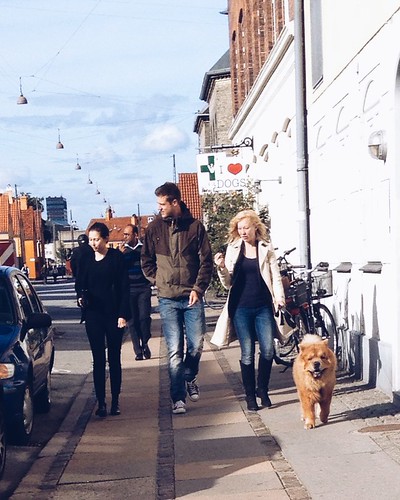 I dropped offline for a while, as I was busy flying back and forth across the world — specifically, to Denmark, where I spent a little time in Copenhagen before heading over to Aarhus for a four-day conference. Super glad to be back home.

Whenever I travel now, I keep an eye on the local canine landscape. Frankly, I was a little disappointed by how few Nordic dogs I spotted! Sure, I saw a few, but relative to the [also few] number of dogs in passing, not nearly enough for my satisfaction. Perhaps a function of where I was staying.

Meanwhile, it’s little things like this about pet culture that catch my attention, especially when traveling outside of North America: 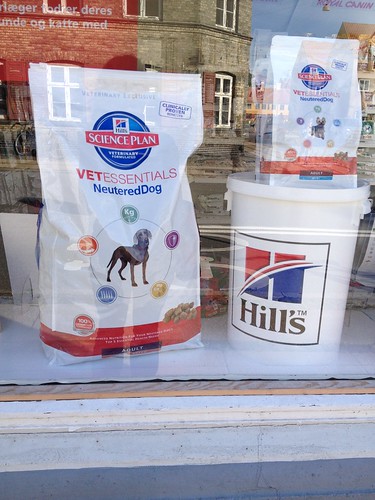 This was in the window of a veterinary clinic, though I don’t suppose it’s a prescription diet. Nevertheless, it’s a different perspective to have the neutered pet presented as exceptional, problematic, in need of a special diet. In Europe, where intact dogs are the norm, the neutered dog becomes the medicalized condition.

This is what about $5 worth of dehydrated chicken hearts produces: 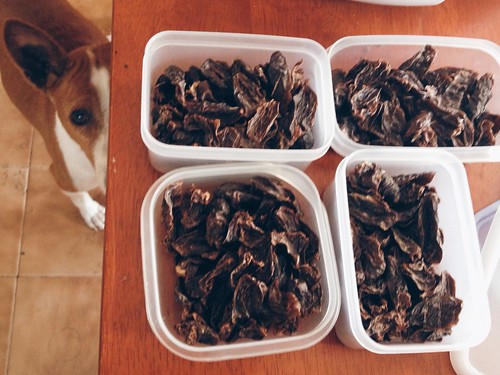 At $2.69/pound, the meat wasn’t on sale. They came from the grocery store that tends to have less fat on their chicken hearts, so I barely had to trim anything. Slicing each heart in half before throwing it into the dehydrator

also stretches out the portions. 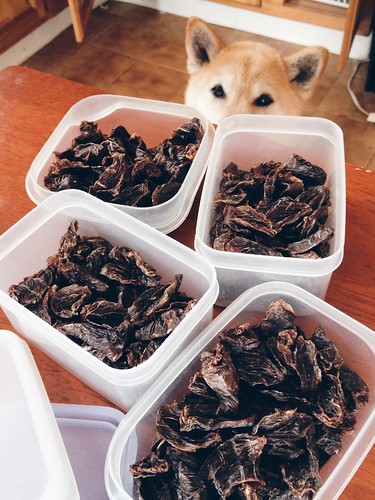 This’ll last a month or two, in combination with other treats. I keep one container at a time in the fridge (they’re smaller than they appear). The rest go in the freezer until needed. 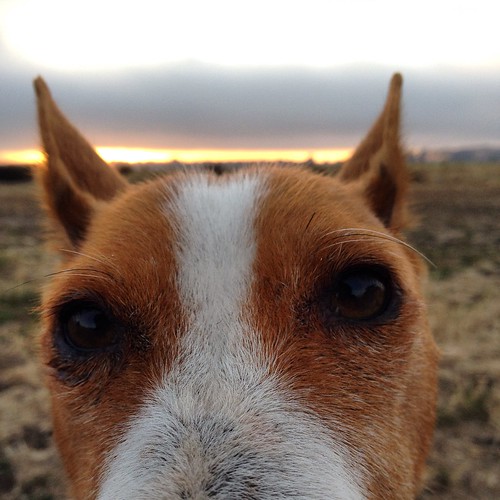 , which is not a cheap supplement. It really seems to be effective though, so I’m incorporating it into the regular budget. Otherwise, the food costs this month only include some whole pike mackerel and chicken drumsticks. The freezer is starting to look a bit bare though, and I’ll need to do a kibble run for August.

Treats included commercial treats on a buy-3-get-1-free deal, and a couple packs of raw pig’s ears, seven pieces total, which were chopped and dehydrated. Still have a gallon bag stashed in the freezer, which will get us through next month.

Grooming supplies were a 3-pack of store brand baby wipes from Target. I use these for Bowdu’s feet after walks, especially in the summer. He has been licking his feet black, which has been a seasonal thing the last few years. As long as he’s not breaking skin, I’m satisfied that his summer allergies are being kept under control.

Obviously, the big blow this month was veterinary costs. You can see my previous post about Bowdu’s vet visit for the breakdown on that. Twelve doses of Comfortis are also included in this figure. This time, they sent me a special “loyalty” promotional code for a $35 rebate on a pack of twelve. I’m never very optimistic that the rebate will go smoothly, so I’m not accounting for the discount until I actually receive it.

Anticipating another high total next month. And it’s going to be a busy one… Meanwhile, after three weeks, I can say that Bowdu is doing better, probably due to a combination of the supplements and time. He’s not at 100% though, and now he’s blowing his coat again so he’s back to looking rough and scraggly. 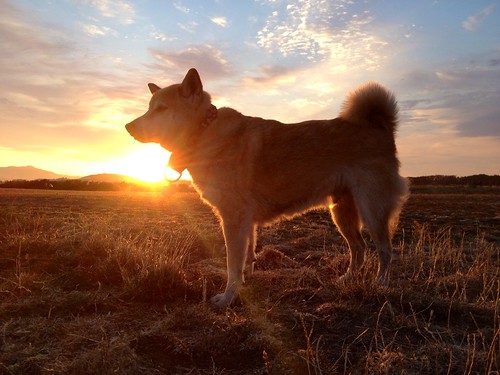 We’ve been enjoying some gorgeous sunsets all last month, most of which I fail to capture in photo. Some things are better experienced off screen, anyway. 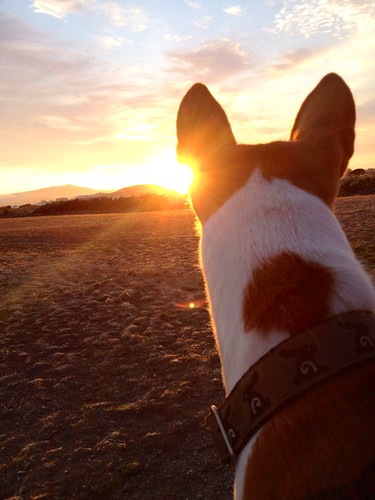