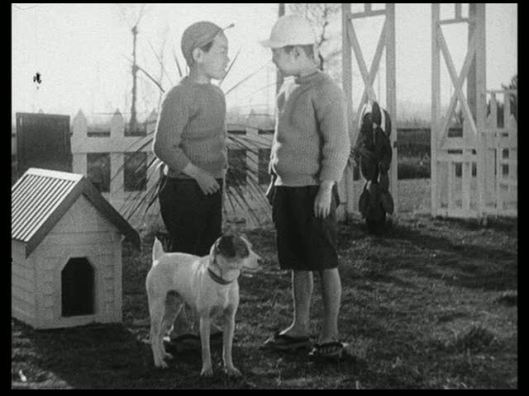 Ozu riffs off The Little Rascals in this gentle satire on underdog life in suburban Tokyo, told through the misadventures of two brothers, Keiji and Ryoichi. They get quite the lesson in class stratification as they watch their father suck up to his boss, even toadying up to his son, Taro. In one climactic scene, the older brother declares, “I’m stronger than Taro and I get better grades. If I have to work for him when I grow up, I’m not going to school anymore!”

Well, Taro’s family may be wealthier, drive a nice car, and outrank their father at the office. But at least Keiji and Ryoichi have a dog to call their own. 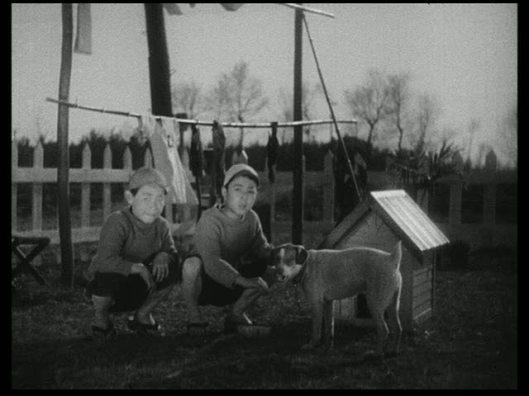 Actually, their dog doesn’t do very much in this movie. He’s chained to his doghouse the entire time, and doesn’t spend any time roughhousing or really hanging out with the boys, in contrast to the pit bull mascot in Little Rascals. They feed him a raw sparrow’s eggs at one point in an attempt to make him stronger so he can fight the local bullies on their behalf. Instead, the dog gets sick, necessitating a visit from the local animal doctor. 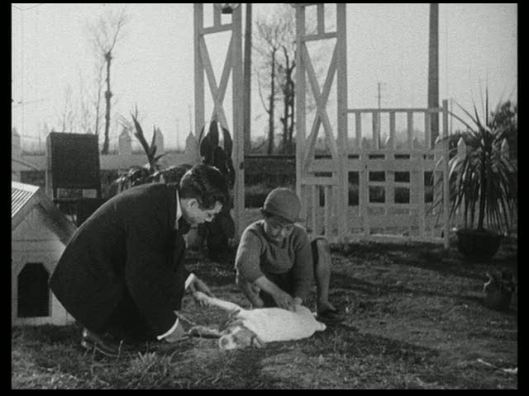 I was intrigued by how refined the veterinarian appeared in his slicked back hair and sharp Western suit. His appearance gives the impression that this was an esteemed, modern, semi-urban profession, even if the figure of the household dog wasn’t quite fully integrated into the narrative imagination of pre-war Japanese cinema… at least not in this instance.